I’ve had the iPhone X for 2.5 years now. During this time, excluding driving where a cable is required to connect to my car stereo, I think I’ve used the lightning port on my phone less than 10 times thanks to wireless charging. I wasn’t expecting this to be such a transformational feature, but immediately after buying the phone I bought my first wireless charging accessory that changed my charging habits forever.

I’ve always been a night time charger, so my first port of call was a flat bedside charging pad to replace the nightly plugging in ritual. My requirements were;

I settled on this flat and thin charger from Anker. It made me a wireless charging convert overnight (literally). No more fiddling with cables, just plonk the phone down in roughly the right position (lights do come on to indicate charging started but fade after 5 seconds) and forget it. 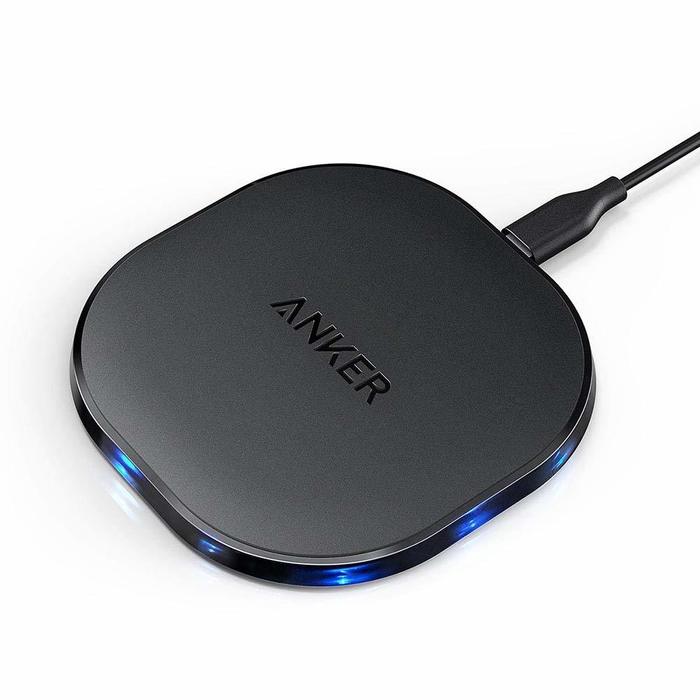 Anker Wireless Charger, £14.99 on Amazon, a new version has been released since my model.

I had always had a little L-shaped plastic phone stand that props-up my phone, facing me while I am at my desk. I had seen wireless chargers of a similar shape designed to charge your device at the desk, and I found a cheap one on Amazon I thought I’d try. Additionally I’ve always slept with my device in airplane mode, so I never benefited from the backup while you charge philosophy. Charging at work solved several problems: 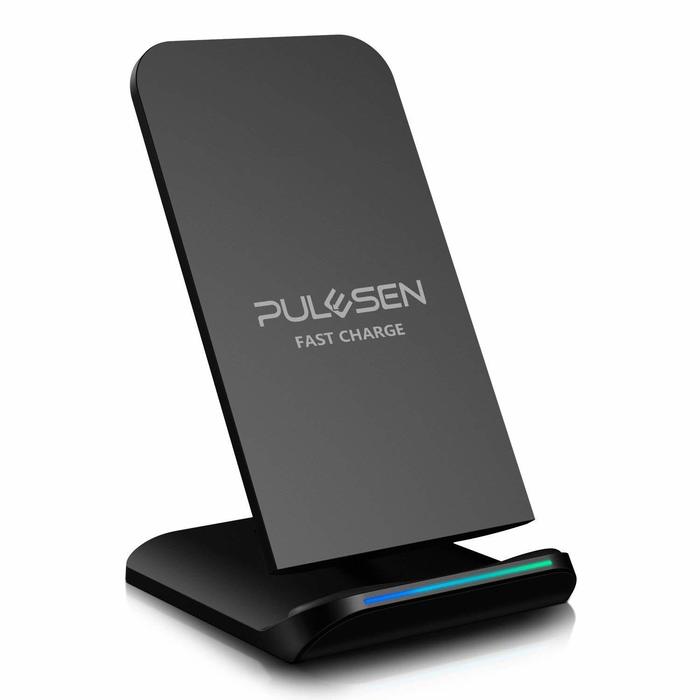 I will occasionally charge at night during the weekends as my phone is generally on me throughout the day.

I’m not into fast charging. I can understand the need for emergencies, but increasing wattage and heat this way will only accelerate the inevitable death of your battery. I’m almost never in a situation where I need a lot of charge fast. The battery on my iPhone X is so good, and I use it so little these days, that I’m usually at around 40% by the time the following days charging cycle is about to begin. My desk charger has the words “fast charging” printed on it, but I don’t believe it. If someone made one, I would buy a ‘slow charger’; a ~2W wireless charging solution that might take 6 hours to charge a device from flat. But 5W seems to be the base and its hard to find one that doesn’t seem to offer a fast-charge (usually around 10W) output these days. Even better, a model with a switch to vary to wattage (slow, medium, fast) would be amazing, but there doesn’t seem to be a market to justify this additional complexity.

I’m a total wireless charging convert. I think all small battery powered devices should be able to wirelessly charge. Plugging things in to charge feels old school pretty quickly. I don’t think we’ll be getting phones with no charging ports for some time, as there are many use cases (eg: plugging into my car as mentioned above) where cables will be still be needed, but day-to-day charging shouldn’t be one of them.

A review of Eero - using US Eero in the UK

Eero, is a new type of home wifi router. It uses mesh network technology to connect several routers using their own back channel radio frequency and spoofs devices into think they a single large network. Mesh network routers have been... Continue →