Using Optifine with Minecraft on an M1 Mac

I had a good reaction to my post testing vanilla Minecraft on the M1 Mac at various resolutions, and people have been asking in the comments about the performance when using Optifine.

Optifine is a mod that is designed to make Minecraft run better, and also provides a bunch of additional graphics related settings, giving you more control over your Minecraft experience. I always use it when playing as I find the experience to be better. But just how much better does it perform on the M1 Macs?

I ran the same series of tests, but the same caveats apply here about Minecraft still running in Rosetta, and everything else I mentioned in my last video along with details about my setup and how I ran these test. Go read that post for more details.

1080 (HD)
Frame rate with Optifine on average between 40-60fps. Without Optifine the same tests were 40-45fps.
Buttery smooth, no issues, whatever you seem to throw at it.

2560x1440 (2k/MacBook screen)
Frame rate with Optifine on average between 40-60fps. Without Optifine the same tests were 40-45fps. Same as with vanilla Minecraft I saw no noticeable difference between this resolution and 1080.
If you have an M1 MacBook Air or the M1 13” MacBook Pro, these are the results you should see using the in-build screen. That monitor is 200px taller than 2k, but when I tested this resolution separately there was no difference.

3840x2160 (4k)
Frame rate with Optifine on average between 30-50fps. Without Optifine the same tests were 30-35fps. It’s very playable if playing is all you are doing, but a lower resolution will give you a smoother experience with all graphics settings turned up to max. Alternatively, lower your chunks, or a few other settings to get a good balance that works well for you. If you’re recording or streaming you’ll see at least a 20% dip in these numbers, which lowers it too far in my opinion.

In summary
The M1 Macs run Minecraft with Optifine really well. Whether you’re playing on a 13” MacBook Air or MacBook Pro using the laptop screen or plugged into any of the most common monitor sizes - you should be fine to play however you want.

If you want to record and stream at the same time, you will have to compromise on the resolution and/or render distance to accommodate for the power tools like OBS require to do their job at the same time.

You can get much higher performance by adjusting the settings and reducing the chunks rendered - often way up in the hundreds of FPS. However, in my experience anything above 60fps for a game like Minecraft is not perceptible and so you may as well push the graphics settings as far as you can to get the best experience possible. This is why these tests were focused on the max settings.

I am still hoping that a future release of Java and Minecraft gives us native support, allowing us to push higher frame rates at these resolutions.

If you like the look of the world I showed in the video - please subscribe and watch my let’s play series where I build that world from scratch.

Optifine settings I used
These are the setting I used to perform these tests. Almost everything is turned to the maximum, with the render distance set to 16 chunks. 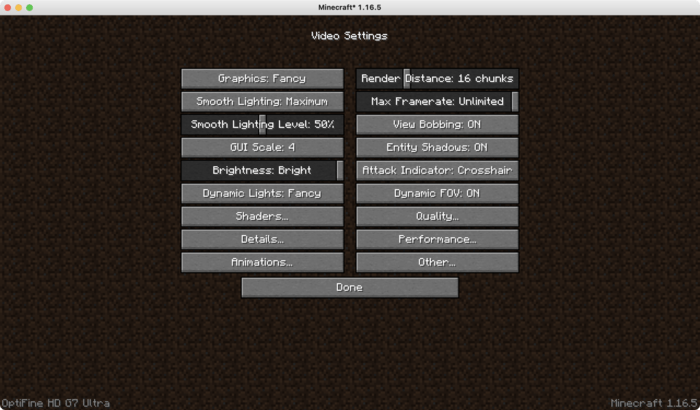 Detail settings
Clouds: fast (my personal preference as I feel fancy clouds add nothing nad you can get about 5fps more by changing this setting)
Trees: Fancy
Fog: Fast (with 16 chunks this doesn’t come into play much)
Translucent blocks: Fancy
Dropped items: Fast (I see no benefit in having this set higher) 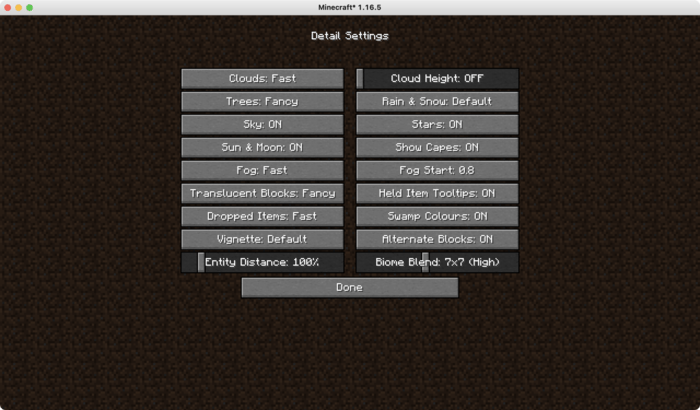 Animation settings
Almost everything ‘on’ here. I turned off rain splashes as I found it was bothering me at some point, but this alone won’t have a noticeable effect on performance. If you start experimenting with mob farms and high number Sofi entities, then this is a good place to come and turn off particles effects. 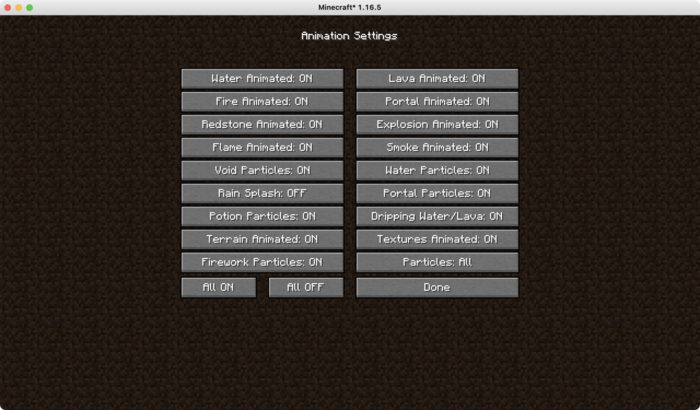 Quality settings
I think everything here is set to the defaults. The only things that are off are wired custom things. 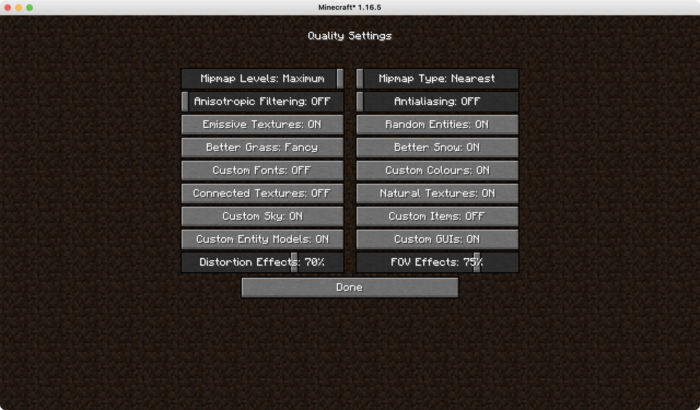 Performance settings
Less about the FPS you get and more about loading times and experience here I believe. Again, these are the defaults I believe. 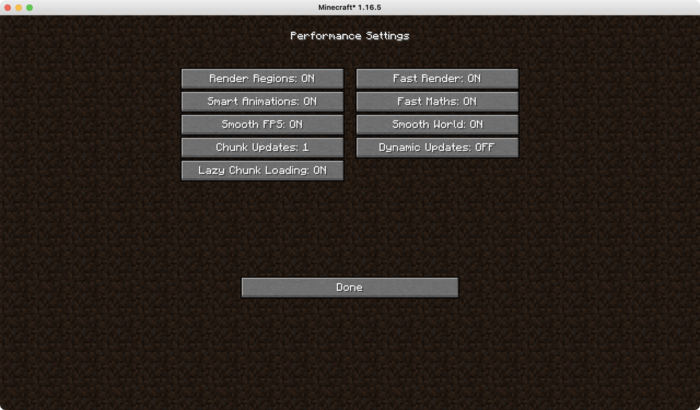 If you like the look of the world I created, subscribe and follow along on my let’s play series. I recently made a world tour video showing everything I’ve achieved so far.

I’ve had the iPhone X for 2.5 years now. During this time, excluding driving where a cable is required to connect to my car stereo, I think I’ve used the lightning port on my phone less than 10 times thanks to wireless charging. I wasn’t... Continue →