Keyboards. It’s hard to use a computer without one. Apple have been controversial of late with their keyboards, particularly in laptops. Marco Arment put it best on Twitter:

I hope Apple has learned their lesson that we don’t really need them to revolutionise keyboards.

They unnecessarily revolutionised themselves into a world of pain, making massive regressions in the most important functional areas, all to solve problems we didn’t really have.

I personally find keyboards with lack of travel much harder to type on. I’m not a touch typist, or even a good typist. My error rate has always been relatively high, but my rate of error seems to increase with a decrease in key travel. I know some people prefer the slimmer keyboards, and even prefer the butterfly switch keyboard in the new laptops, despite their issues, but not I.

So I thought I’d buy myself a mechanical keyboard. There are a lot of great options out there today for new, modern and flashy keyboards, but they ain’t cheap. Rather than spend £150+ I thought I look for something old and reliable on eBay. I’d heard that John Grubber uses an Apple extended keyboard from the 90’s so I started researching. I quickly found one that needes some TLC for only £25. It had decades of muck add grime inside so I striped it down and cleaned it up. 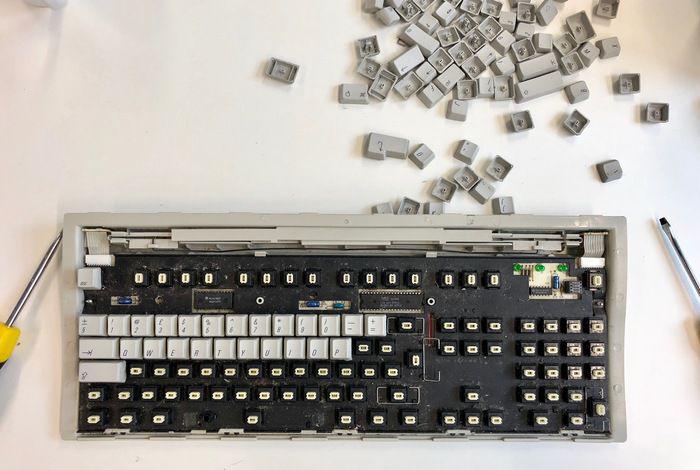 Being made in 1990, it uses a proprietary Apple connector called called ADB, so I needed an adaptor by Griffin (no longer in production either), which I was also able to find on eBay. Once reassembled I was the proud owner of a clean and functional, 29 year old mechanical keyboard. This thing is a tank. It weighs more than my laptop. But I love it, and my typing error rate has improved. 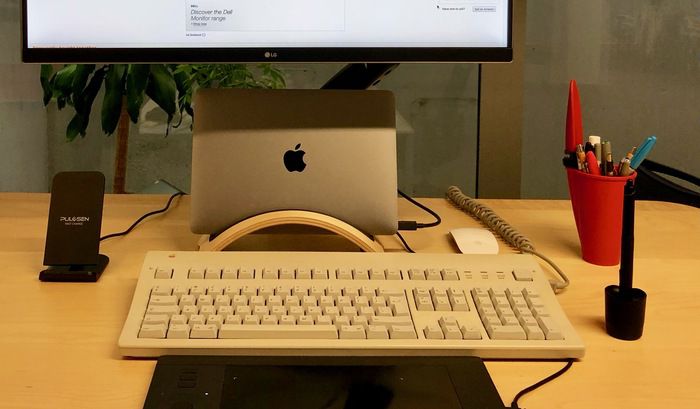 I used this keyboard at work but decided I needed something for home too. This is when I got a bit carried away. I had no issue with the Mac keyboards I had used with Mac’s I’d owned over the past 20 years, so I started to hunt these down.

I’m using one of the white 2003 keyboards current. I cleaned it up (much easier to do with this model) and put it into service. This keys are spongier than I remembered, but a massive upgrade on the slimline extended keyboard I was using before. 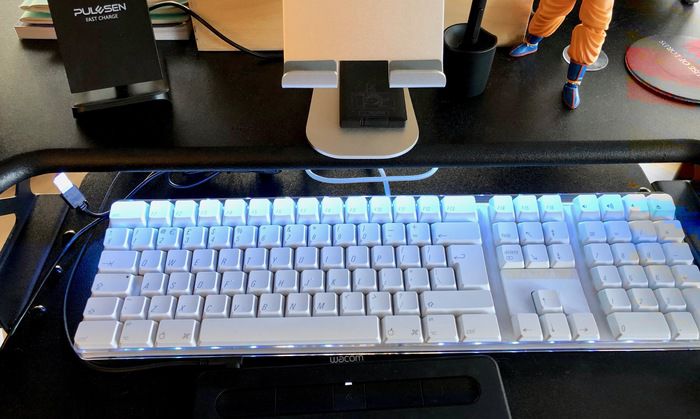 Why so many? My logic is when one dies I’ll always have a decent keyboard in the cupboard I can use, albeit with adaptors as USB-A starts to fade into history. I have a rule: never spend more than £25 for reach keyboard. Stock up while they’re widely available and inexpensive.

There is one remaining that I covert. The Apple adjustable keyboard from 1993 which had a very unique design. It’s hard to find in the UK, and they always go for more money than I’m prepared to spend. I have a secret desire to start collecting and restoring old Macs, and perhaps this is first step down that path. Time will tell…

Using my Mac on my iPad with Luna Display

I recently wrote about what my iPad is missing to allow me to use it as a near-full time computer for my work. Luna display is something that is helping me bridge the gap. Luna display is a tiny dongle (in USB-C or mini display port... Continue →